Theme: Modern Revolution for the Future of Neuroscience and Psychiatry 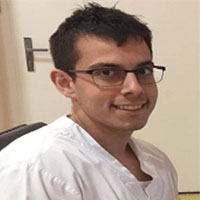 In this paper we present a case of a 39-year-old patient, who presented with a 4-year history of gradually worsening symptoms of uncontrolled movements of the right limbs, walking difficulties and unsteadiness pulling her to the right. During clinical examination we observed choreoathetoid movements and dystonic posture of the head and the limbs on the right side of the body, rigidity of the right limbs, postural and resting tremor of the hands, positive Romberg's and Babinski sign on the right. On brain MRI we could see pathological hypodensity zones symmetrically in the region of globus pallidus bilaterally – typical for the eye of the tiger sign that corresponded to a neurodegenerative metabolic disease with brain iron accumulation (NBIA). On the molecular genetic examination of the PANK2 gene we identified a pathogenic variant c.1583C> T(p.Thr528Met) in the PANK2 gene in the homozygous line. According to these results we confirmed a diagnosis of pantothenate kinase associated neurodegeneration (PKAN).
Key words: NBIA (neuron brain iron accumulation), PKAN (pantothenate kinase- associated neurodegeneration), extrapyramidal syndrome, dystonia.

Martin Daniš has completed his University medical studies in 2018 in Comenius University in Bratislava. Since then he has been working at the department of Neurology in Faculty Hospital of Trnava.

Drop us an email for Program enquiry
neuroscience@scientexconferences.com